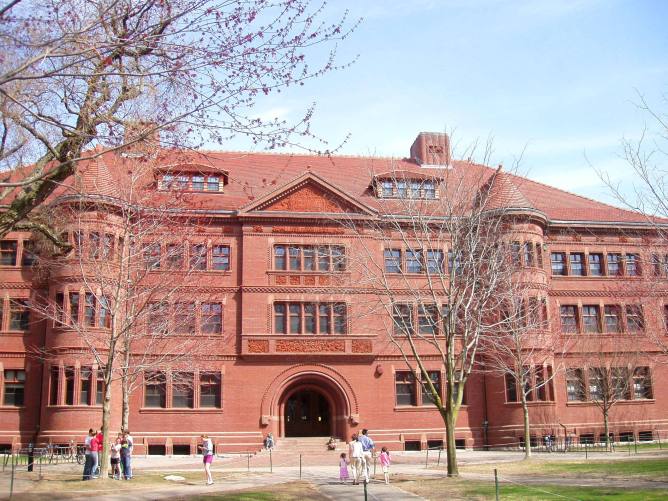 [Lorelai is showing slides of the road trip as Emily and Rory sit on the couch.]
LORELAI: This is Sever Hall, one of the oldest buildings in Harvard.

Sever Hall is an academic building in Harvard Yard designed by the famous architect H.H. Richardson, and built in the late 1870s. It was a gift from Anne Sever in honour of her deceased husband James Warren Sever. It is used for classrooms and lecture halls in the humanities, so this is where Rory would have listened to the philosophy lecture.

RORY: Feels like we’ve been gone a long time.
LORELAI: You know what’s weird? Every time I leave town, even for just a little while, I always expect everything to look different.
RORY: And it never does.
LORELAI: It never does.

Lorelai and Rory were in Portsmouth for Monday and Tuesday night, so today is Wednesday and they’ve been gone for two or three days.

Their dialogue is a comment on the unchanging timelessness of Stars Hollow, providing a stable base for Lorelai and Rory.

RORY: You know what I love most about Harvard?
LORELAI: No, what?
RORY: They don’t sell giant foam fingers.
LORELAI: No, they’ve got class out the wazoo.

Outsized hands cut out of foam are sports paraphernalia worn on the hand to show support for a particular team. They have been in use since the late 1970s.

The wazoo is American slang for “the anus”. To have a particular attribute “out of the wazoo” means to have it in abundance or to excess. 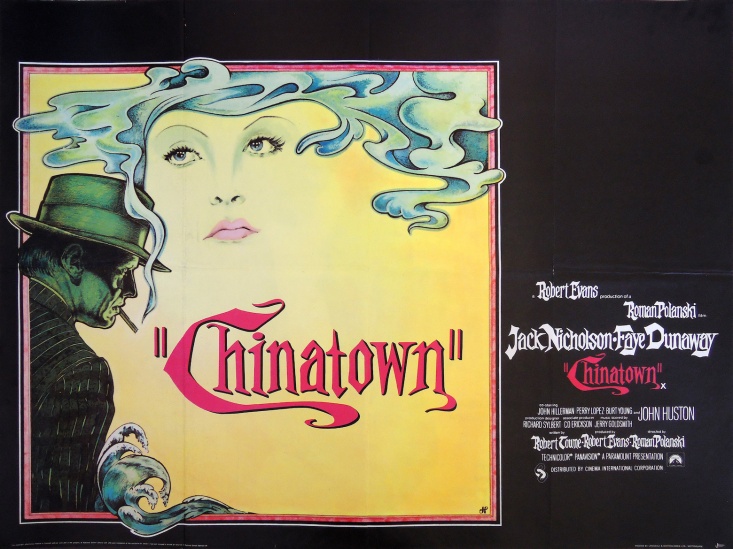 LORELAI: There has not been one moment over our entire stay when she [Sammy] has not been right there.
LADAWN: On the stairs?
LORELAI: Yes.
LADAWN: Oh, she’s hardly ever on the stairs.
RORY: Forget it Jake, it’s Chinatown.

Rory is referencing the 1974 mystery film Chinatown, directed by Roman Polanski, with screenplay by Robert Towne, and starring Jack Nicholson as private investigator J.J. “Jake” Gittes. Set in 1937, the film was inspired by the Californian Water Wars, disputes over southern Californian water where Los Angeles interests gained water rights in the Owens Valley (in actuality, these occured at the beginning of the 20th century).

At the end of the film, the antagonists force Jake to drive them to Chinatown, where his love interest Evelyn (Faye Dunaway) has sought temporary refuge at the house of her butler. Police are already waiting to arrest Jake, and during the confrontation, they kill Evelyn. The police free Jake, and his associate Lawrence Walsh (Joe Mantell) advises him, “Forget it, Jake. It’s Chinatown”.

Chinatown is regarded as a classic film, and Robert Towne won the Academy Award for Best Original Screenplay. The screenplay has a legendary status among film makers, and is often cited as the greatest example of film writing.

In this scene, we discover that Sammy the cat is actually a female, with her name presumably short for Samantha. 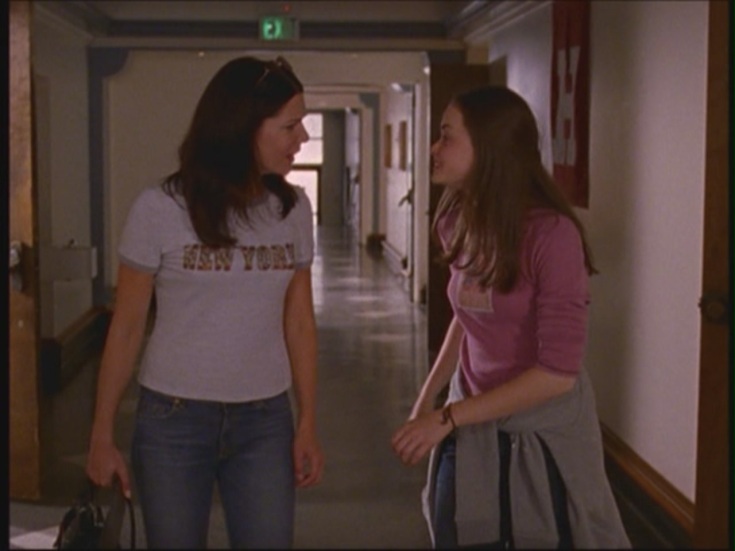 RORY: Did you see me?
LORELAI: Yes.
RORY: I was in college.
LORELAI: It was amazing!
RORY: Did I look like I belonged?
LORELAI: Completely. You’re a natural.

In fact Rory and Lorelai’s behaviour while at Harvard is absolutely cringe-worthy. Far from being a natural fit, neither of them have the slightest idea how to behave, and they have apparently based all their ideas about college life on film and television. It would be nice to think the writer is showing how absolutely unprepared for college Rory actually is, but you can’t help wondering if he is likewise basing his ideas about college on film and television. 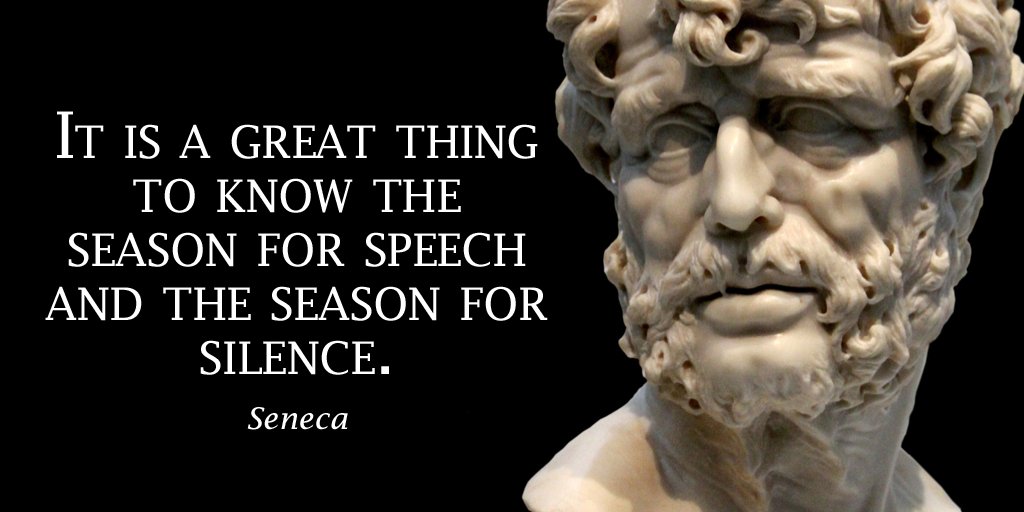 RORY: That’s because Stoicism was not about giving up things, of money and luxuries and stuff.
PROFESSOR: That’s right. By the time he was in his early forties, Seneca had earned enough money to acquire villas, farms, he ate well, he loved expensive furniture, but he didn’t consider that a non-philosophical way to live.

Seneca the Younger, born Lucius Annaeus Seneca, usually just known as Senca (c4BC-65AD) was a Roman Stoic philosopher, statesman, and playwright. A tutor and later adviser to the Emperor Nero, he was forced to take his own life for allegedly taking part in a conspiracy to assassinate Nero; Seneca was most likely innocent.

Senca was a prolific writer on Stoicism, a popular philosophy for upper-class Romans of his era. He wrote about the need to control the destructive emotions, to confront one’s own mortality, and be willing to practice poverty and use wealth wisely. His plays however, are all tragedies, and filled with intense emotions. Even while he was alive, Seneca was accused of hypocrisy because he was essentially a wealthy and powerful man advocating the simple life.

Highly popular in his day, Seneca’s enduring reputation is most likely because he was greatly admired by the early Christian church, which led to him becoming a favourite in the medieval era and during the Renaissance. Today he is seen as an important part of Western thought.

Note that Rory is very quick to grab onto the idea that wealth and luxury don’t preclude one from living an intelligent, rational, philosophically rich life.

On her way back from going to the toilet, Lorelai has a poignant moment looking at a display of past valedictorians, and makes a point of gazing longingly at Erika Hilson Palmer, the valedictorian for 1990. This is the year that Lorelai would have graduated from university if she’d gone straight from high school instead of having Rory, and it’s a reminder that Harvard was her dream first, and that she seems to have had high ambitions for herself.

In real life, Harvard University does not have class valedictorians. 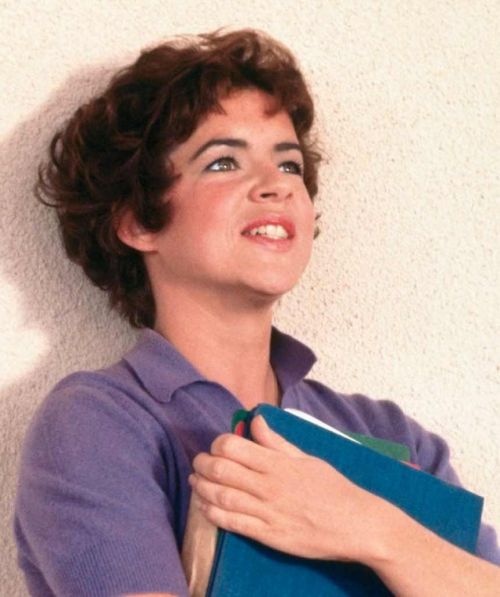 LORELAI: Hey, I’m gonna find a ladies room. You know, sneak a smoke, see if anybody slipped an aspirin in my Coke.
RORY: Okay, Rizzo.

Betty Rizzo (played by Stockard Channing), usually known by her surname only, is a character in the 1978 musical film Grease, previously discussed; she is one of the Pink Ladies clique at Rydell High School. Tough, cynical, and sexually experienced, Rizzo is at first antagonistic towards the “good girl” heroine, Sandy (Olivia Newton-John).

In the film, Rizzo, like all the Pink Ladies, smokes cigarettes on the sly. Her friend Marty Maraschino (Dinah Manoff), the best-looking of the Pink Ladies, complained at a teenager’s dance that the flirtatious adult host had tried to slip an aspirin into her Coke – according to an urban legend of the era, such a combination could be used as a date-rape drug.

LORELAI: Are we allowed to be hearing this [lecture]?
RORY: I don’t know.
LORELAI: They wouldn’t charge you a hundred bucks or something just for listening to part of a class?
RORY: I don’t think Harvard would nickel and dime people like that.

To “nickel and dime” is an Americanism meaning to fleece a customer by charging small amounts of money for various extra services which greatly increase the overall price. Rory is presumably being ironic by saying that a hundred dollar charge would be “nickel and dime” stuff. 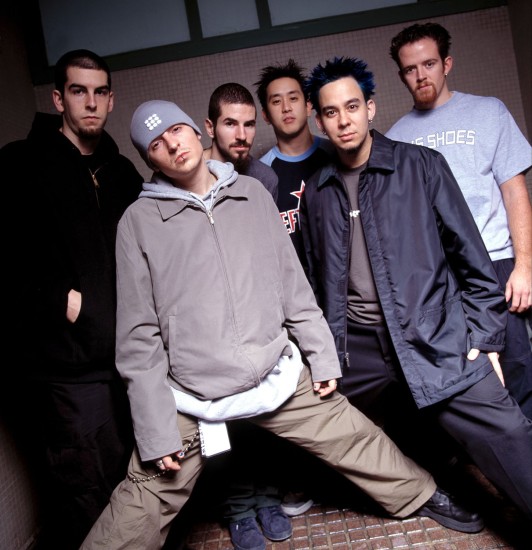 LORELAI: Someone [a college room mate] who likes Linkin Park?
RORY: Then I have to drop out.

Linkin Park are an American rock band formed in 1996 by Mike Shinoda, Rob Bourdon, and Brad Delson. Their debut album was Hybrid Theory, released in 2000, which was a massive commercial success, and launched the band into mainstream popularity, with radio-friendly nu metal and rap metal tracks. Linkin Park are the best-selling band of the 21st century, have won two Grammy Awards, and are regarded as one of the best bands of the 2000s.