RORY: You know what I love most about Harvard?
LORELAI: No, what?
RORY: They don’t sell giant foam fingers.
LORELAI: No, they’ve got class out the wazoo.

Outsized hands cut out of foam are sports paraphernalia worn on the hand to show support for a particular team. They have been in use since the late 1970s.

The wazoo is American slang for “the anus”. To have a particular attribute “out of the wazoo” means to have it in abundance or to excess. 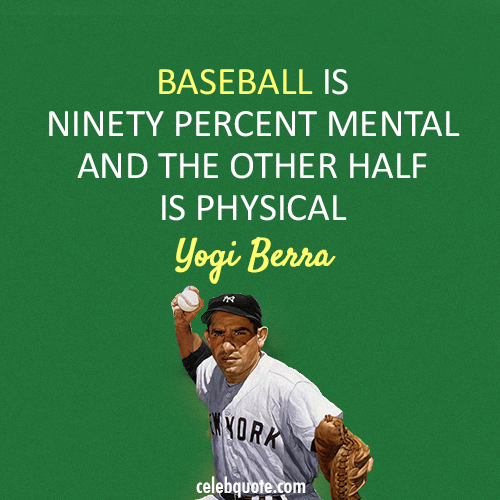 LORELAI: [giggle] Good one … Baseball the size of a cantaloupe … ‘Cause a baseball can only be one size, so it’s a Yogi Berra type thing.
SOOKIE: Yogi Bear?

Lawrence “Yogi” Berra (1925-2015) was an American professional baseball catcher who later became a manager and coach. He played 19 seasons of Major League Baseball between 1946 and 1965, nearly all of them with the New York Yankees. Berra was elected to the Baseball Hall of Fame in 1972, and is regarded as one of the greatest players of all time. He was posthumously awarded the Presidential Medal of Freedom in 2015.

Yogi Berra was known for his malapropisms, paradoxical statements, and seemingly unintentional witticisms, known as Yogi-isms. Yogi’s nickname came from a friend thinking that the way he sat with his legs crossed made him look like an Indian yogi.

Sookie mixes him up with cartoon character Yogi Bear, previously discussed. Yogi Berra sued Hanna-Barbera for use of his name, but they claimed the similarity of names was a coincidence. Berra withdrew his suit, although Hanna-Barbera’s defense was considered implausible. 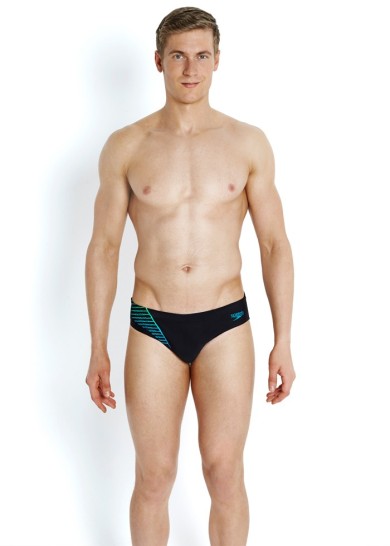 KIRK: And those are some self-portraits.
LORELAI: Aahh! Kirk, you’re nude!
KIRK: No no, I’m wearing Speedos. They’re kind of flesh coloured.

Speedo is an Australian brand of swimwear, founded in 1914 by Alexander MacRae, and now part of the British Pentland Group; in North America it is manufactured for and marketed by PVH. Due to its success, the name Speedo has become synonymous with racing bathing suits, particularly for men.

(In fact it turns out Kirk was actually naked, but Lorelai and Max agree never to discuss it again). 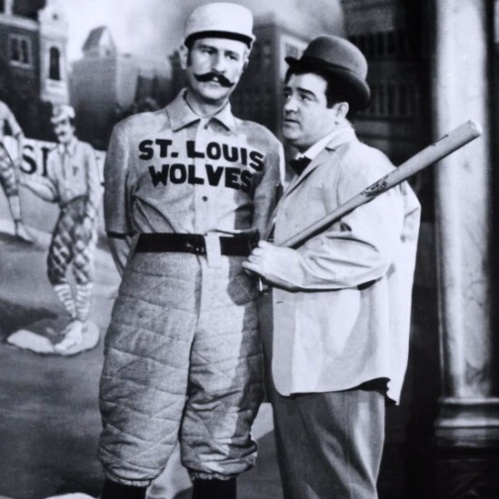 DEAN: You’re going to build a house?
RORY: It’s for charity and I’m late, and why don’t you go on inside and you and my mother can continue the “Rory’s building a house” routine, and when that gets boring you can move on over to “Who’s on First?”

“Who’s on First?” is a famous comedy routine by Abbott and Costello, in which Abbott is identifying players on a baseball team for Costello. The comedy comes from the fact that their names sound as if they are answers to Costello’s questions. For example, the first player is named Who, thus the answer to “Who’s on first?” is “Who’s on first”, leading to utter confusion.

This was a style of routine very popular in the early twentieth century, and Abbott and Costello had a big hit with “Who’s on First?” in a vaudeville revue in 1937. In was performed on radio in 1938, and copyrighted in 1944. Abbott and Costello performed it numerous times in their careers, rarely the exact same way twice, and performed it for President Franklin D. Roosevelt several times.

LORELAI: Shouldn’t we wait for Dad?
EMILY: Don’t worry about him.
LORELAI: He’s the one with the early plane. We don’t have to go anywhere tomorrow. We can stay all night. Have a party, do some Jell-O shots, play light as a feather, stiff as a board.

Jello-O shots (jelly shots) are made from flavoured gelatine powder, some water to dissolve it, then alcohol added, usually rum or vodka, and set into little jellies served in shot glasses or little plastic cups. The alcohol is contained within the jelly mixture, so that the body absorbs it more slowly, making it easy to consume a lot of alcohol before the effects are felt. Alcoholic gelatines have been enjoyed since the 19th century, but became more common during the 1950s.

Light as a Feather, Stiff as a Board is a game often played at girls’ slumber parties. It is a levitation trick, where one girl pretends to be dead while the others chant “light as a feather, stiff as a board”, and lift the girl using just one or two fingertips. At the end of all the chanting and rituals, the girl will seem lighter, or even weightless. The game works through equal distribution of weight, making it easy for a group of people to lift a child. Variants of the game have been played since at least the 17th century, and it always seems to have been a girl’s game (perhaps partly because girls tend to be lighter and easier to lift to begin with).

RICHARD: You know, when I was ten years old, I knew exactly where I wanted to work.
LORELAI: That’s because you were always picked last for Dodgeball.

Dodgeball is a game where two teams throw balls at each other while trying to avoid being hit themselves. The main objective is to remove the opposing team entirely by either hitting them, catching the balls they throw, or forcing them to move from the court to avoid being hit.

For many years, it was a popular choice for Physical Education classes in the US, but recently has come under scrutiny because of its potential for bullying and injury, and some schools have modified, phased it out, or banned it.

In Dodgeball the smallest, least confident, least agile, and least athletic participants are generally eliminated first, so they are usually the last to be picked for a team. Lorelai is saying her father at ten years old would have been the kind of wimpy nerd who is bullied in Physical Education class. 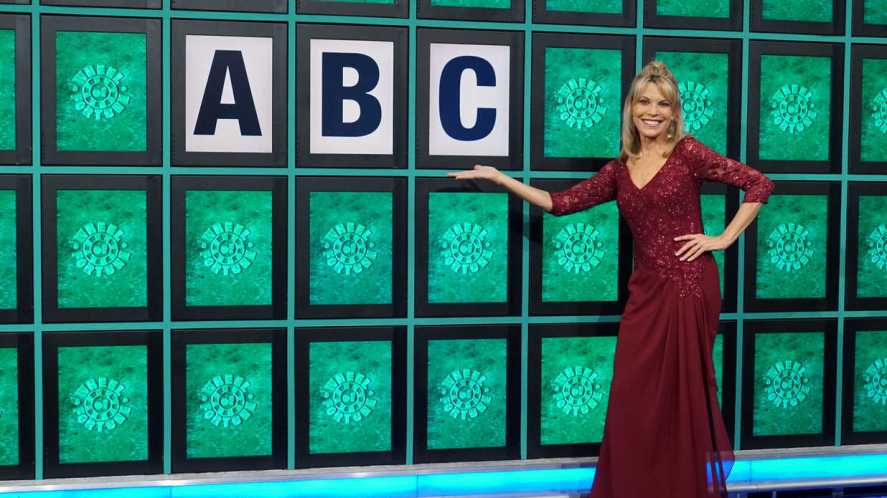 LANE: What I wanted to say was, “Janie Fertman, you are a vacuous bimbo who will be turning letters as a profession one day. And the only way you’ll know which letter to turn is when it dings and lights up.”

Lane is referring to the television game show Wheel of Fortune, which has aired since 1975. The hostess of the show turns letters so that contestants can solve word puzzles based on the guessing game of Hangman; the hostess only turns the letter when it gives a “ding” noise and lights up. Since 1982 the hostess has been Vanna White. 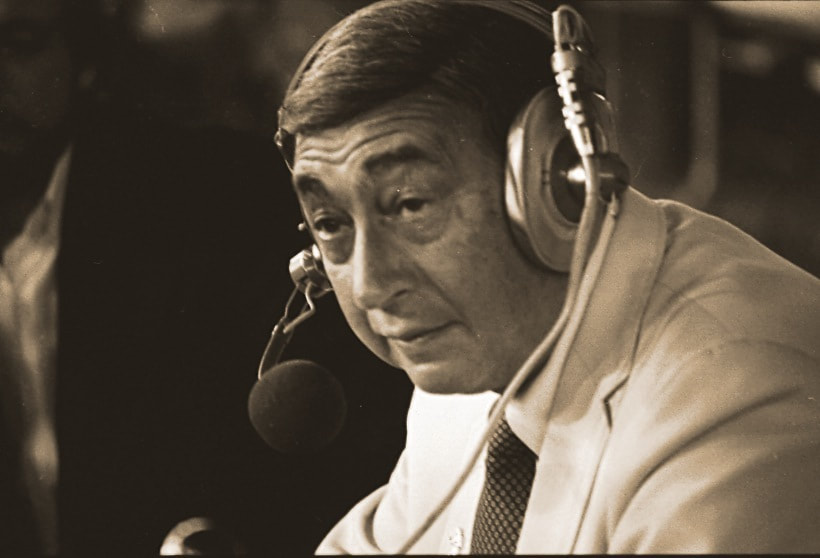 EMILY: She [Rory] got home from school, but she just went right upstairs. Now she didn’t want a snack, but I had Rosa make her one anyway. I haven’t checked to see if she’s eaten it. She had a decent breakfast this morning, but she did seem a little tired, and when I went into her bathroom the aspirin bottle was out, so I assume she had a headache. Now, I don’t know if it was last night or …
LORELAI: Excuse me, Mr. Cosell. I appreciate the play-by-play but I just want to talk to my daughter now.

Howard Cosell, born Howard Cohen (1918-1995) was an American sports journalist who entered sports broadcasting in the 1950s, and in the 1970s became the commentator for Monday Night Football on ABC. He completely changed the style of sportscasting towards one of context and analysis, similar to hard news journalism, and is regarded as the greatest American sports commentator of all time. Lorelai compares Emily’s blow-by-blow account of Rory’s activities to Cosell’s in depth analysis of a football game.

Emily’s speech shows her hyper-controlling style of micromanagement. Rory has only been home from school for around an hour, but has had her every move and mood scrutinised, been given a snack after saying she didn’t want one, and had her bathroom searched after leaving it. It’s a telling insight into what Lorelai’s childhood must have been like, and into what Rory’s would have been like if Lorelai had remained living with her parents after becoming a mother.

Emily allows no autonomy, choice, or privacy, and keeps people under surveillance as if they are in prison (remember Lorelai, an adult, could not even say she was going to the toilet without being followed?). It’s really hard to blame Lorelai for fleeing her childhood home because of these circumstances, fearing that Rory would have to endure the same childhood she did.

EMILY: I mean, it [Rory’s bedroom] may not be exciting or bohemian, but at least it doesn’t have shovels propped up against the sofa either, now does it?
LORELAI: I’m sorry. I missed the chequered flag, when did the argument start?

Motor sport races traditionally end with a black and white chequered flag waving to signal their completion. However, Lorelai seems to think that the flag is waved at the beginning of a race, as she wonders where the signal was that she and Emily were about to have a fight. (She can’t think that the fight is over – they are clearly in the middle of one). 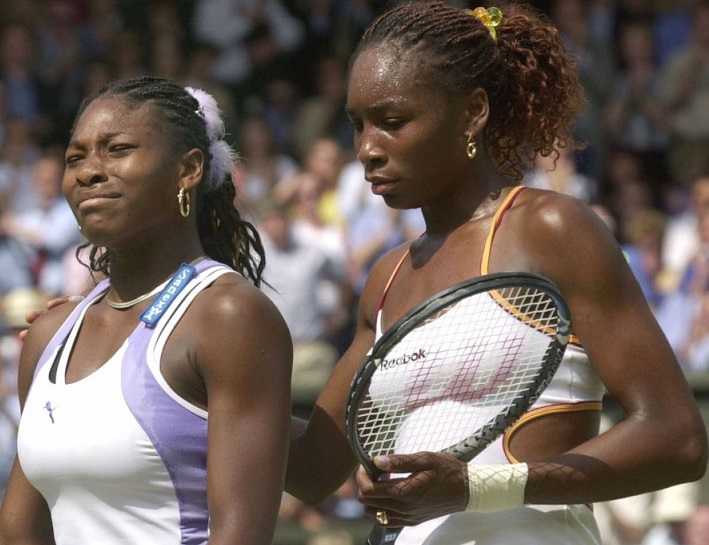 LANE: It’s like watching the Williams’ sisters [referring to Emily and Mrs. Kim haggling].
RORY: I wish we had popcorn.

The sisters dominated the sport in the 2000s and often played against each other; the first time was in the second round at the 1998 Australian Open, which Venus won. The previous year to this episode’s airing, they met in the semifinals at Wimbledon in 2000, which Venus also won. In all, the sisters have met at 29 matches to date, with Serena leading 17-12.