A reference to the biblical prophet Elijah, who God ordered to flee into a safe hiding place near a brook where he was miraculously fed bread and meat by ravens. After the brook dried up, God sent a widow to feed him: even though she had only a little flour and oil, by a miracle this small supply of ingredients never ran out.

Lorelai’s reference suggests she must have received some religious education as a child – unlike her earlier reference to Noah’s Ark, this isn’t a story familiar to nearly everyone.

LORELAI: That’s very Richard Simmons of you [that Luke put nutmeg in the coffee].
LUKE: Well, what can I say. Chicks dig a man with a feminine side.

Richard Simmons (born Milton Simmons in 1948) is an American fitness instructor, actor, and comedian. He ran his own gym for many years, and promoted weight-loss through exercise programs, often appearing as a guest on television chat shows.

Simmons is well known for his flamboyant, energetic personality, and his signature outfit of candy-striped short-shorts and singlet top decorated with crystals. His sexuality has long been a subject for speculation, but has never been confirmed either way.

Apparently Lorelai is just saying that putting nutmeg is coffee is “gay” (or at least sexually ambiguous). Not one of her finest moments. Luke’s comment about being a man with a feminine side may be an in-joke, as his character was originally a woman named Daisy. 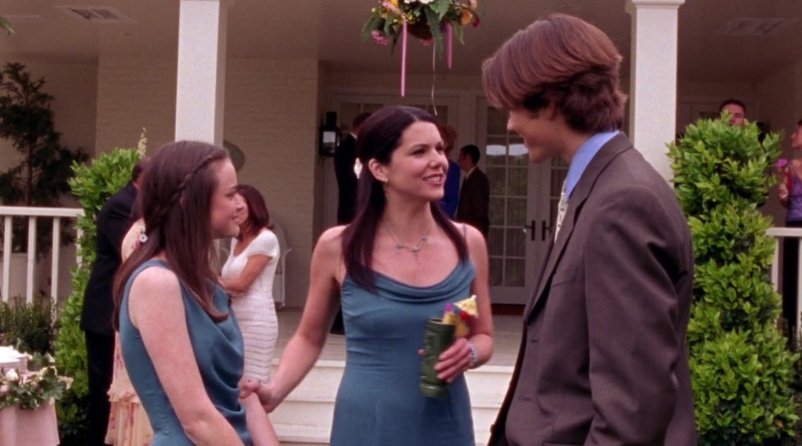 LORELAI: Sookie and Jackson are on their first date.
LUKE: Seems to be going well.
LORELAI: I think I’d wear blue to the wedding.

Fast forward more than a year to Sookie and Jackson’s wedding, and guess what colour Lorelai wears to it. Go on, guess.

LORELAI: Hey, four menus, a coffee and an anvil please.
LUKE: What’s the anvil for?
LORELAI: For Rune.

Lorelai is referring to a common trope in cartoons where an anvil is dropped on a character’s head with hilarious results. It seems to have first been used in Disney animated films, and was perfected by Warner Bros. in their Looney Toons cartoons. (Possibly not a coincidence that Lorelai sees Rune off with a “Bye, Loon”.

The comedy anvil drop may have its origins in real life. A traditional celebration on the Fourth of July in America was launching an anvil into the air with gunpowder from atop another anvil, then watching it fall onto the other anvil with a thud. Presumably everyone stood well back during this exciting spectacle and hopefully nobody got an anvil on the head.

TODD: There’s this scene [in Beethoven] where this little dog is running around with a huge cabbage in it’s mouth. Oh man, it’s classic! I shot my Dr Pepper right outta my nose!

Dr. Pepper is the brand name of a fizzy soft drink introduced in 1885, so it’s the oldest soft drink brand in the US at just one year older than Coke. It has a distinctive yet unclassifiable fruity, spicy flavour. 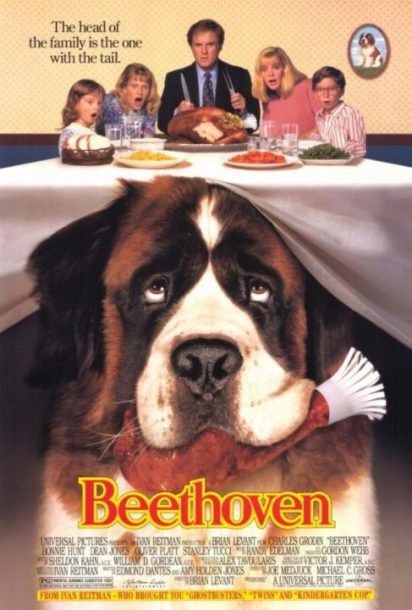 Todd tells Lane that his favourite movie is Beethoven, and Lane incredulously asks, “The one with the dog?”.

Beethoven is a 1992 family comedy film directed by Brian Levant and written by John Hughes (as Edmond Dantès). It is about the antics of a big friendly St Bernard dog named after the composer Ludwig van Beethoven, and the way he protects the family who have adopted him. The movie received tepid reviews but was enough of a commercial success to spawn numerous sequels and a television series.

Todd describes his favourite scene as the one where a little dog is running around with a cabbage in its mouth. During the movie, Beethoven’s family help him escape from an experimental lab run by an evil vet, and they release all the other dogs who have been held there. As the evil vet’s henchmen chase the dogs through a marketplace, a Golden Retriever puts an entire cabbage in his mouth, and spends the rest of the scene hanging onto it.

It’s one of those blink-and-you’d-miss-it funny background scenes, so this actually provides a glimmer of hope in regard to Todd’s intelligence. He clearly has a keen eye for detail (although Golden Retrievers are not really “little dogs”; maybe he means it in an affectionate way.) In the Gilmore Girls universe, perhaps even the dimmest people have a knowledge of obscure movie trivia!

SOOKIE: I know. I’m just – Oh, I’m so nervous.
LORELAI: You’re nervous? You don’t have some guy staring at you like he’s Cher and you’re the kid from Mask.

Mask is a 1985 biographical film directed by Peter Bogdanovich. It is based on the life of Roy “Rocky” Dennis (1961-1978), a boy who suffered from craniodiaphyseal dysplasia, an extremely rare disorder commonly known as lionitis. It causes calcium to build up in the skull, disfiguring the facial features and shortening the life expectancy.

Rocky is played by Eric Stoltz, and Cher plays the role of Rocky’s mother, Rusty. Unlike Lorelai’s description of Cher as “staring” at “the kid”, Rusty was a supportive mother who encouraged Rocky to live the life he wanted, and fought for him to receive equal treatment – the exact opposite from what’s she’s getting from Rune. Perhaps she just means that Rune sees himself as physically normal, and Lorelai as abnormal.

Mask was a commercial success and received excellent reviews from critics. It won the Academy Award for Best Makeup. 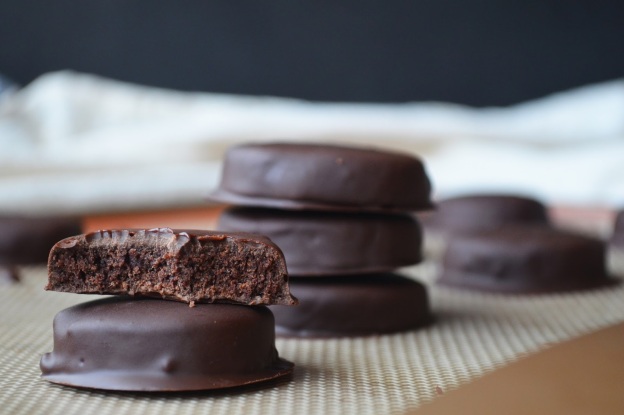 SOOKIE: What was Rory, eight?
LORELAI: I believe she was.
SOOKIE: Oh God, that mud pie fiasco haunted me for a year! I mean, hers looked just like mine. Of course I used, you know, homemade chocolate cookies, bittersweet ganache, and she used well, mud. You know, but they did look damn similar.

Ganache is a glaze, icing, or pastry filling made from chocolate and cream with butter added to it; it has a smooth and shiny appearance. It originated in Paris in the mid-19th century.

This amusing anecdote from Rory’s childhood took place before Lorelai and Rory moved into their current house. Rory presumably made the realistic-looking mud cookies while visiting Sookie’s home, or at the inn.

TODD: If I major in gym, I only have to take four classes my senior year.
LANE: Oh, cool
[Pan to Rory and Dean]
RORY: Gym?
DEAN: We work on our bikes together. He’s got the good tools.

Lane is clearly frustrated by Todd’s apparent lack of intelligence, but their conversation is also making Rory (who has been eavesdropping) doubt Dean’s intellectual capacity. Having Todd as a best friend probably devalues Dean as a boyfriend in Rory’s eyes, despite his excuse that Todd has all the good tools to work on their bikes together.

This comment also reveals that Dean actually does have a motorbike, even though he told Lorelai that he didn’t in Kiss and Tell. Lorelai didn’t believe him, showing that she has excellent instincts. If the motorbike is still not in working order, or wasn’t then, he may have convinced himself he was technically telling the truth. 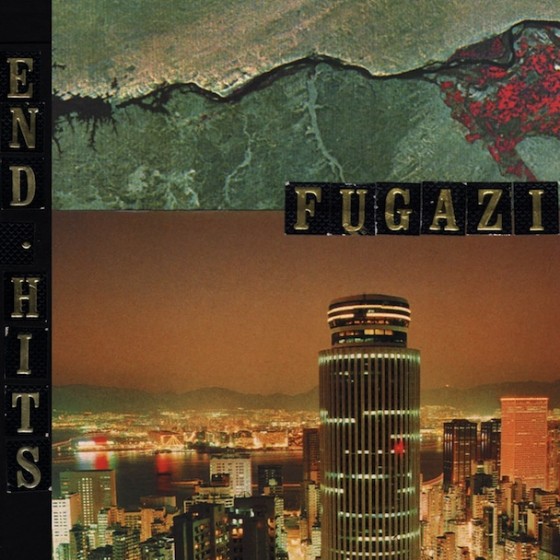 LANE: Wh-what kind of music do you like?
TODD: I don’t know – whatever.
LANE: Fugazi?
TODD: What?
LANE: The band on your shirt.
TODD: Oh. Huh, pretty cool picture.
LANE: You don’t know what’s on your shirt?
TODD: It’s my sister’s.

Fugazi is an American punk rock band formed in 1987, consisting of Ian MacKaye, Guy Picciotto, Joe Lally, and Brendan Canty. Their first album was released in 1990, and their most recent album from Lane’s perspective is End Hits (1998), which looks to be featured on the tee shirt Todd is wearing. The band has been on hiatus since 2003.

Fugazi are famous for not selling or licensing merchandising, creating an enormous market for bootleg tee-shirts. Presumably Lane knows that the shirt Todd is wearing is unofficial, but can’t see the point of discussing it with him.