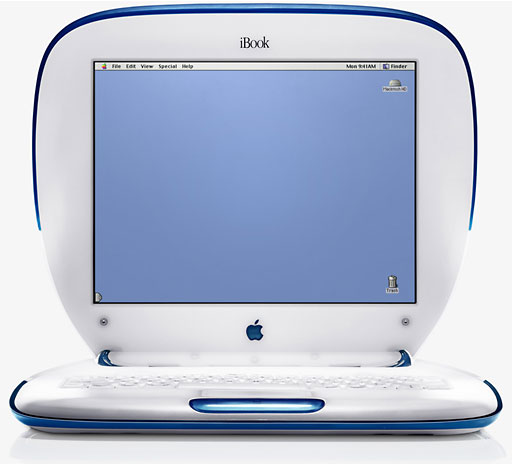 Lorelai’s birthday present to Rory is an indigo iBook Apple Macintosh laptop. The iBook line of laptops first came out in 1999, and were discontinued in 2006. The model Rory has was released in September 2000, and cost about $1500 at the time. Lorelai most likely bought it from the Apple store in Hartford, located in the mall. Throughout the show, Rory was shown to have remained loyal to Apple products.

So Lorelai bought Rory a hip $1500 Apple Mac laptop that would be helpful for school for her birthday, and somehow convinced her wealthy, generous mother Emily that it would be a great idea to buy Rory a junky useless $12 bracelet for her birthday. Well played Lorelai, well played.