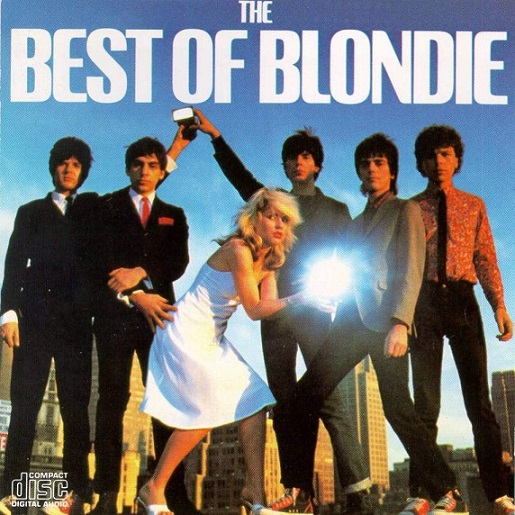 For the purposes of this episode, it is important that we understand Lane is a fanatic about popular music. Just in case we forgot that, the episode begins with Lane visiting Rory to show her the big stack of new CDs she has just bought.

The Best of Blonde is the first compilation album from the American new wave band Blondie, which was released in 1981. The album went to #30 in the US, but was much more successful around the world, getting to #4 in the UK, and #1 in Australia and New Zealand.

Kraftwerk is a German electronic music band formed in 1969, founded by Ralf Hütter and Florian Schneider. Pioneers in electronic music, they were among the first to popularise the genre, and has been highly influential in synthpop, techno, ambient, hip-hop, and club music. Their 1974 album Autobahn was their first to fully embrace the electronic sound, and the title track became a surprise hit around the world. The album got to #7 in Germany, #5 in the US and #4 in the UK.

Young Marble Giants were a Welsh post-punk band formed in 1978, with Alison Statton providing vocals for the instrumentation of brothers Philip and Stuart Moxham. Their minimalist sound was in sharp contrast to the aggressive punk rock dominating the era. They only released one album – Colossal Youth, which came out in 1980. It is one of the most highly-regarded indie recordings of all time and a major influence on Nirvana.

Among the CDs you can see a copy of Up on the Sun, the 1985 album by American rock band the Meat Puppets. The album has a more psychedelic feel to their earlier hard rock punk albums. The band was a great influence on bands such as Nirvana, Soundgarden, and Dinosaur Jr.

One of the mysteries of Gilmore Girls was how Lane managed to afford all the CDs she bought. She worked part-time at the antiques store, and her parents could have paid her wages for that. It seems that Lane also bought most of her music second-hand, and says that she loves a bargain. Later on, we find that Lane buys her CDs from Amazon, the same place Rory buys her books.