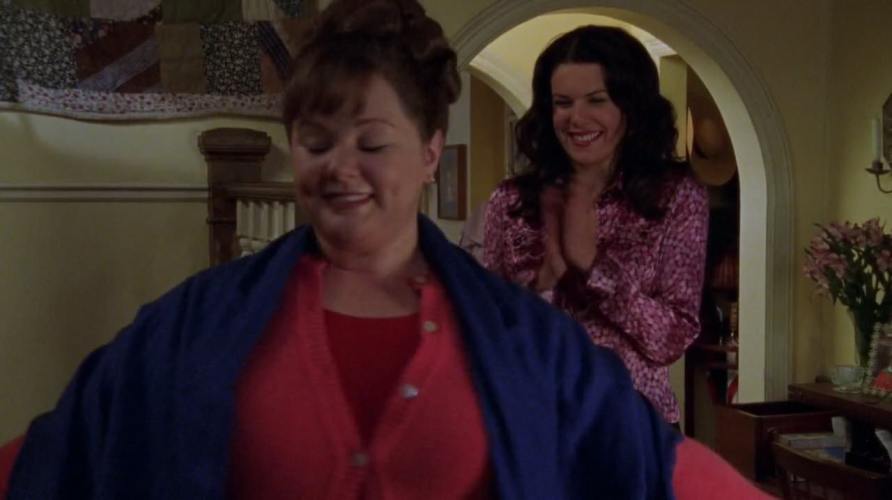 SOOKIE: Last looks. [Does a turn while Lorelai claps]

In film and television industry lingo, “Last looks” is the phrase said by the assistant director to call in hair and make-up to give the final touch to actors before the scene is filmed.

There isn’t any real reason for Sookie the character to know or use the phrase, so it’s an in-joke or meta-comment.