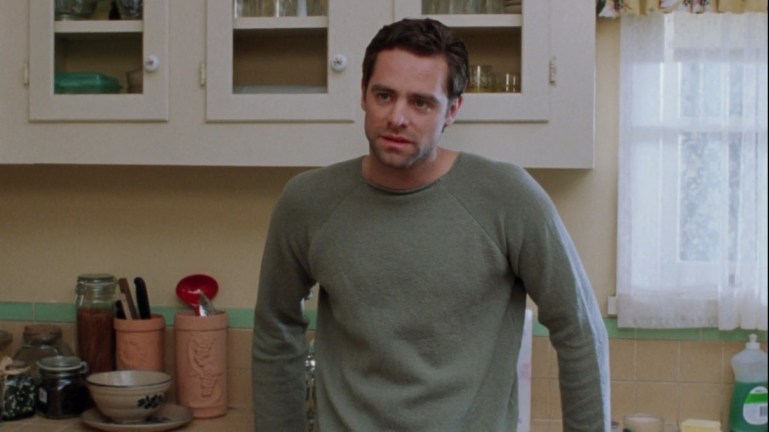 When Christopher prepares to ride back to California on his bike, he makes the manipulative and irresponsible move to have Rory re-state his marriage proposal to Lorelai. This only serves to give Rory more false hope, and to place the blame for him not being in her life on Lorelai. Rory also asks him to phone more often in the future, further confirmation that the “weekly phone call” from Christopher was much less often in reality.

I’m not sure how Christopher can afford to drive home when his credit card is maxed out – the trip across America to California would take several days at least, and cost a lot in fuel, food, and accommodation. Maybe Richard and Emily gave him money, or his own parents.

This episode, and the previous one, make it abundantly clear that Christopher is a creep and a wastrel, and it’s a testament to David Sutcliffe’s acting that he also imbues him with such charm and boyish appeal. You can see that Lorelai and Christopher have great chemistry, and genuinely care for each other, but it’s not a relationship that could ever last the distance.