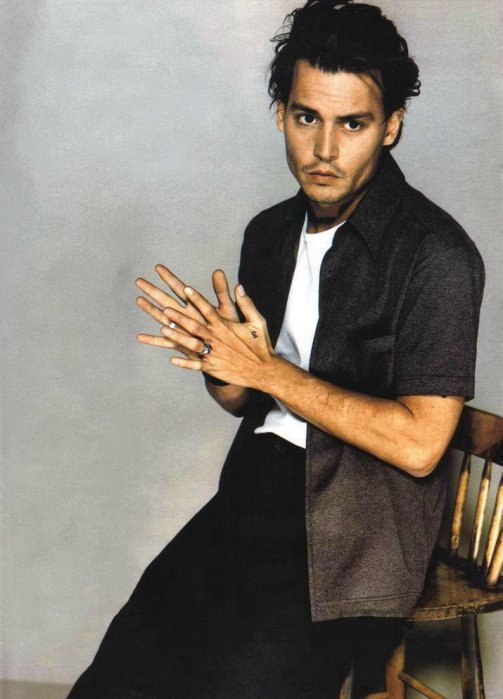 LORELAI: And he’s staring at her like she’s Miss September, and she’s looking at him like he’s Johnny Depp, and I was just babbling like a moron. What is wrong with me?!

American men’s magazine Playboy features a nude or semi-nude centrefold model as their Playmate of the Month, with each one known as Miss January, Miss February, and so on.

John “Johnny” Depp II (born 1963) is an American actor, producer, and musician. He rose to prominence in the police show 21 Jump Street, airing from 1987 to 1991, where he became a popular teen idol. Depp played the title role in the dark fantasy Edward Scissorhands (1990), which established him as a major film star, and gained critical praise for his performances in films such as What’s Eating Gilbert Grape (1993), Ed Wood (1994), and Donnie Brasco ( 1997). He is regarded as one of the biggest stars in Hollywood.