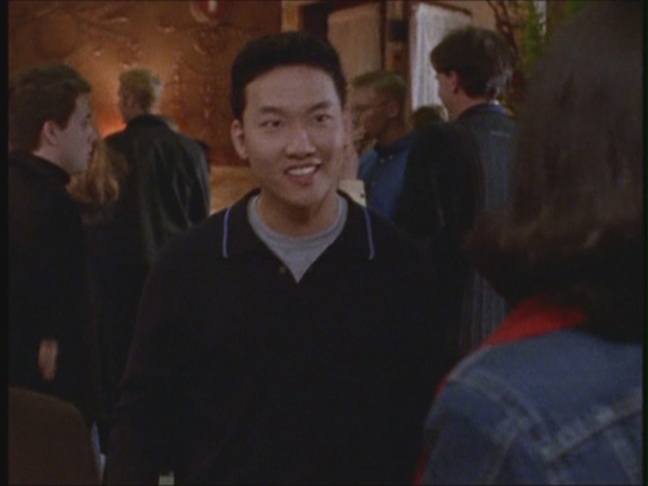 LANE: I have a major problem … Henry, the guy I’ve been dancing with? … Okay so he’s really good in school, he’s going to be a doctor – pediatrician to be exact – his parents are extremely involved in their local church. He himself helps out with Sunday school. He speaks Korean fluently, he respects his parents, and he’s also really cute, very funny, and surprisingly interesting.
RORY: Lane I’m sorry, but I’m totally failing to see the problem here.
LANE: I’m falling for a guy my parents would approve of! They’d love him, they’d go crazy! There’d be dancing in the Kim house! Dancing!

When Lane meets Henry (Eddie Shin) and is genuinely attracted to him, she is horrified to discover that a smart Korean-American future doctor really isn’t such a bad proposition after all. We see now that Lane would never have been happy with any boy her parents set her up with, as what she really wants is someone her parents wouldn’t approve of. Who knows how many nice boys Lane has rejected simply because they were foist on her by her parents?

By the way, this exchange shows that the Kims are not complete religious bigots: Henry isn’t a Seventh Day Adventist as he assists at Sunday school, but Lane’s parents would still approve of him. They obviously don’t insist that their daughter marry someone of the same religion, and just being a Christian is enough.

One thought on “Henry”