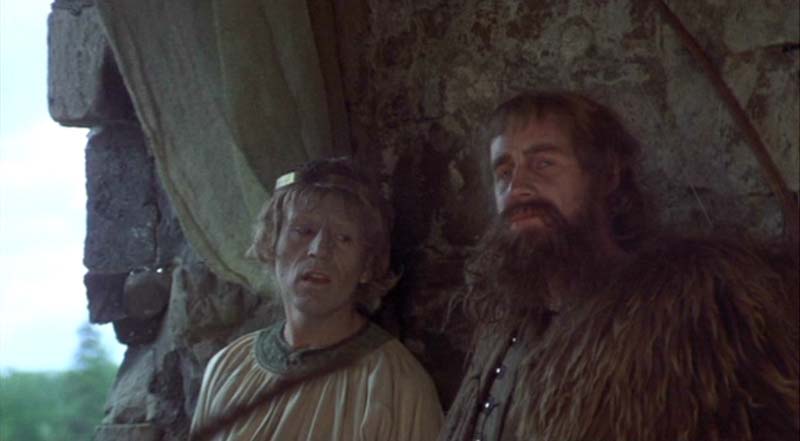 LORELAI (to Luke): Yeah. Wow, it [the diner’s store room] really looks, um, different from back here, ya know? All this is yours, as far as the eye can see.

Possibly a reference to the 1975 British comedy film Monty Python and the Holy Grail, written, performed, and directed by the Monty Python comedy team. The film is a parody of the legend of King Arthur and the search for the Holy Grail.

In one scene, a medieval king with a thick northern accent is speaking to his milksop son Prince Herbert, and says, “One day lad, all this will be yours … all that you can see, stretched out over the hills and valleys … as far as the eye can see and beyond … that’ll be your kingdom, lad”.

It is highly reminiscent of Genesis 13:14-15 in the Bible, where God gives Abraham the land of Canaan. God says,“Lift up your eyes and look from the place where you are, northward and southward and eastward and westward, for all the land that you see I will give to you and to your descendants forever.” (Which doesn’t actually seem like that much land, as you can only see a few miles to the horizon in each direction).

This is another possibility for what Lorelai is thinking of, and in both cases, it is a father (or our Father in Heaven) passing an inheritance on to his son, just as Luke’s father left him the hardware store. She is being humorous, but seems genuinely impressed by Luke’s little “kingdom”.

We later learn that The Holy Grail is one of Lorelai and Rory’s favourite films.

One thought on ““All this is yours””