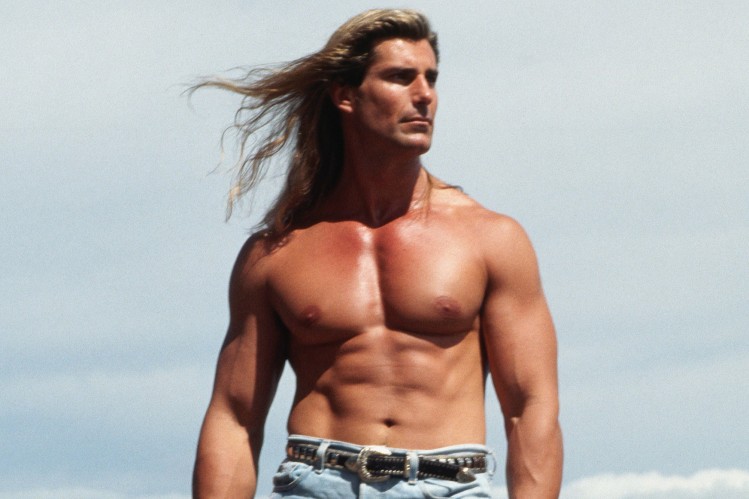 (Lorelai gets Luke to try on the clothes she bought for him with his credit card)
LORELAI: I just wanna make sure it all fits. Turn around. (Luke turns around.) Uh huh, uh huh.
MAN AT COUNTER: Hey Fabio, I need the ketchup.

Fabio (born Fabio Lanzoni in 1952) is an Italian-born American model and actor. He has appeared in several commercials, television shows, and movies, and became recognised as a model of the cover of multiple romance novels in the 1980s and ’90s. He was also famous for appearing in “I can’t believe it’s not butter” commercials. He was once known as “the most beautiful man in the cosmos”, and often considered very vain about his appearance (his catchphrase was, “Don’t hate me for being Fabio!”)

The man at the counter is Joe (Brian Berke), who is also the pizza delivery guy in Stars Hollow.