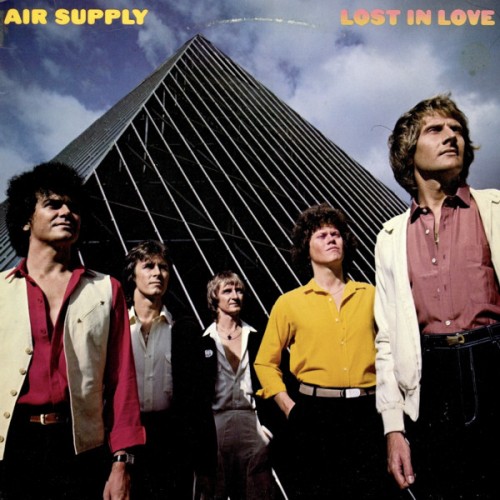 LORELAI: When I was in junior high, I had a boyfriend, Todd something or other. Not a soul mate, but I was crazy about him and he dumped me. I was completely crushed and I could do nothing except lie around and cry and listen to Air Supply, very low point in my life.

Air Supply are an Australian soft rock duo, formed in 1975 and consisting of Graham Russell and Russell Hitchcock. They had a succession of major hits worldwide, including eight Top Ten singles in the US, during the 1980s. They were inducted into the ARIA (Australian Recording Industry Association) Hall of Fame in 2013.

In 1980, Air Supply released their album Lost in Love, which brought them mainstream popularity and was their first to enter the US charts. As it came out just before Lorelai turned twelve, she could have listened to it in junior high. While getting over her boyfriend Todd, the sad break up song All Out of Love may have resonated with her, with its chorus beginning, “I’m all out of love, I’m so lost without you”. The song went to #2 in the US, and is Air Supply’s biggest hit.