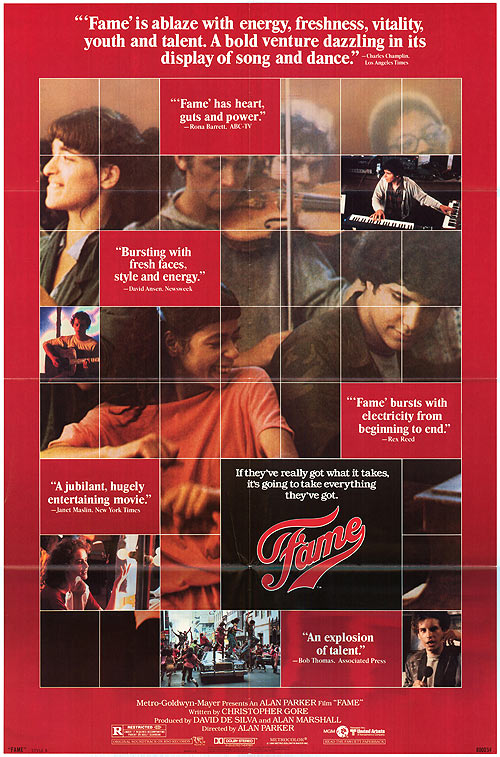 MICHEL: I figure if I stay alive long enough, these scientists, they will be able to cure anything including death, therefore ensuring my indefinite existence.
SOOKIE: So you’re gonna live forever, like on Fame?

Fame is a 1980 teen musical drama film directed by Alan Parker, and inspired in part by the musical A Chorus Line. It follows the lives of students attending the High School of Performing Arts in New York (now the Fiorello H. LaGuardia High School), from their auditions through four years of high school.

The movie’s theme song, Fame, has a chorus which begins, “I’m gonna live forever, I’m gonna learn how to fly high”. It’s sung by Irene Cara, who had the lead role of Coco Hernandez in the film. The song reached #4 in the charts, and won the Academy Award for Best Original Song, while the entire movie score won another Academy Award.

The movie was successful and well-received critically. It has become a franchise with several television series (one in the early 1980s that Lorelai and Sookie would remember very well), a stage musical, and a remake.

One thought on “Fame”