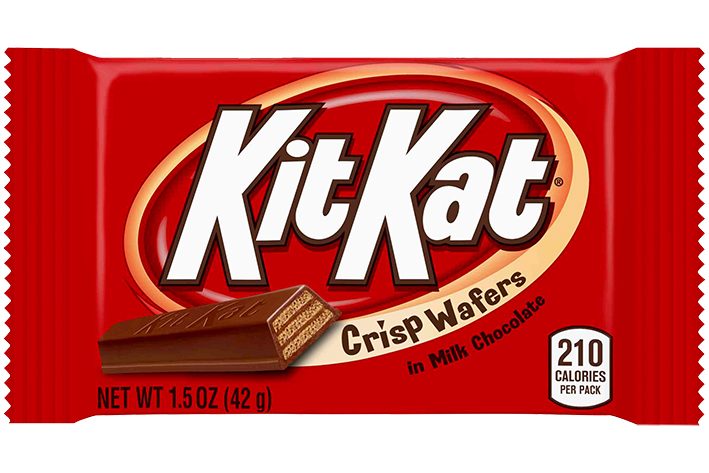 RORY: But I don’t want you to feel unimportant, because believe me, you’re not.
DEAN: I’m glad.
RORY: I mean it. The only way you could be more important to me is if you had a Kit Kat bar growing out of your head.

Kit Kat is a chocolate covered wafer bar that comes in several “fingers” of wafer that you break off. It was created by Rowntree’s, a UK comapny, who had several chocolate products called Kit Cat or Kit Kat, until a worker suggested making a snack that a man could take to work in his lunch box.

The Kit Kat as we know it was first made in 1935, and it has been produced by Nestlé since 1988. In the US, Kit Kat is made by the H.B. Reese Candy Company, a division of The Hershey Company.