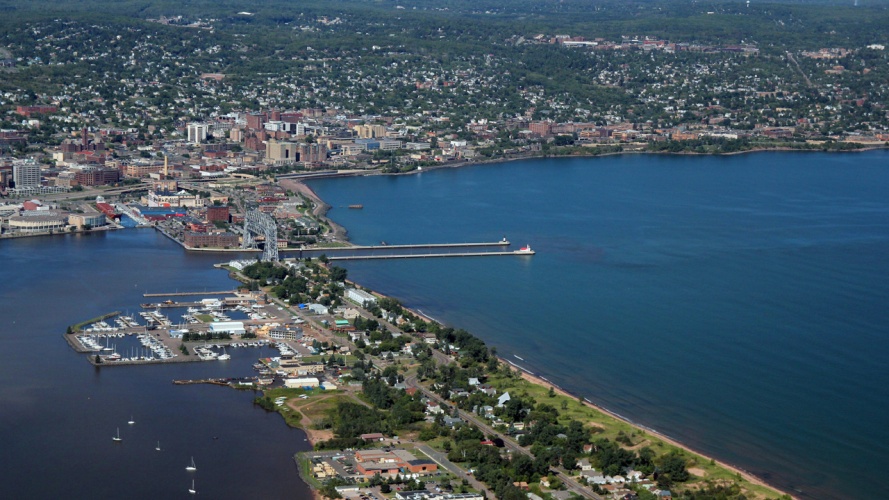 Duluth is a major port city in Minnesota on the shores of Lake Superior, with a population of over 85 000. Once an industrial city, its economy is now geared towards finance, retail, medicine, and tourism. (There is a Duluth in Georgia too, a suburb of Atlanta, but that seems less likely, as people usually identify the city they live in rather than the suburb).

It is not known whether Duluth is where Max is from originally, or if his brother moved there. Because of the superior way Max says, “Middle child”, it sounds as if Max is the eldest of three siblings. As Max says, “My brother”, instead of, “One of my brothers”, it suggests the youngest sibling is Max’s sister.

Duluth receives a slight mention in A Year in the Life: on one of the many wedding cakes that Sookie makes for Lorelai and Luke, there is a bridge with DULUTH printed on it. That might be a little callback to the preparations for Lorelai’s first planned wedding.