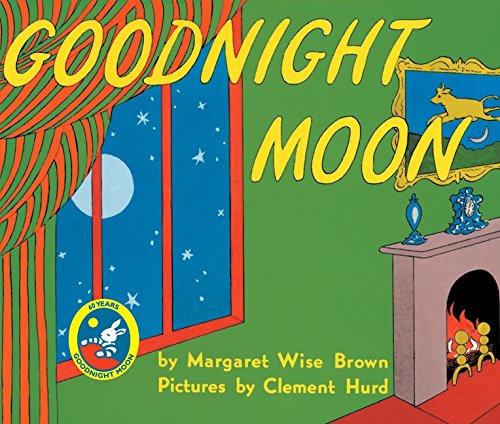 WOMAN: So, what are the titles [of the books you’ve published]?
LORELAI: Well, there’s um, Goodnight Spoon and um, The Horse that Wanted to Bark.

The title Goodnight Spoon is a play on the classic children’s picture book Goodnight Moon by Margaret Wise Brown, illustrated by Clement Hurd. First published in 1947, it is a rhyming poem which features a bunny whose bedroom rital includes saying goodnight to everything around him. It remains a bestseller to this day.

There are many parodies of Goodnight Moon in existence; a few years ago Rolling Stone produced one called Goodnight Spoon, a supposed children’s book written by Keith Richards. I don’t know if Gilmore Girls gave them the idea or not.

The Horse That Wanted to Bark is a parody of the many, many children’s book titles that are [Animal] Who Wanted [Something]. A few examples are The Puppy Who Wanted a Boy by Jane Thayer, The Cat Who Wanted to Go Home by Jill Tomlinson, and The Mouse Who Wanted to Marry by Doris Orgel.