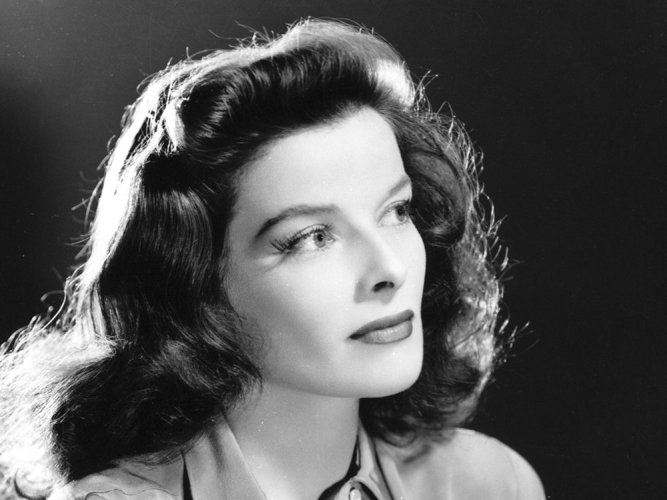 EMILY: You know what, I’m not returning the gift. I’m going to put it away in a closet and you won’t know what it is until you do get married someday.
LORELAI: Tell me now!
EMILY: Sorry.
LORELAI: Come on! Mom, I may never get married. I may be a free spirit my whole life, or fall in love with a separated Catholic guy like Katharine Hepburn did, and then not get to go to his funeral when he dies.

Katharine Hepburn (1907-2003) was an American actress who was born and grew up in Hartford; like Rory, she attended a private school there. A leading lady in Hollywood for more for 60 years, she received four Academy Awards for Best Actress – a record number for any performer. In 1999 Hepburn was named the greatest female star of Classic Hollywood Cinema by the American Film Institute.

After beginning her career in theatre, success on Broadway brought Katharine Hepburn to Hollywood, and she received her first Academy Award for her third film, Morning Glory (1933). This was followed by a series of failures, but she arranged her own comeback by buying the rights to the film The Philadelphia Story (1940), only selling them on condition of starring in itself. The film was a massive success, and is regarded as one of the best screwball romantic comedies of all time.

In the 1940s Hepburn was contracted by MGM, where she frequently played opposite film star Spencer Tracy (1900-1967); their screen partnership lasted 25 years, and produced nine movies. Hepburn and Tracy maintained a private relationship for 26 years, lasting until his death. Spencer Tracy was married, but had been separated from his wife for several years before beginning his relationship with Katharine Hepburn.

Spencer Tracy was a Catholic, but it is not clear if this was the reason for not divorcing his wife (who was an Episcopalian). From comments he made, it seemed more as if he was going along with the wishes of his wife, while Hepburn didn’t interfere and never pushed for marriage. After his death, Katharine Hepburn did not attend his funeral out of consideration for his wife and children.