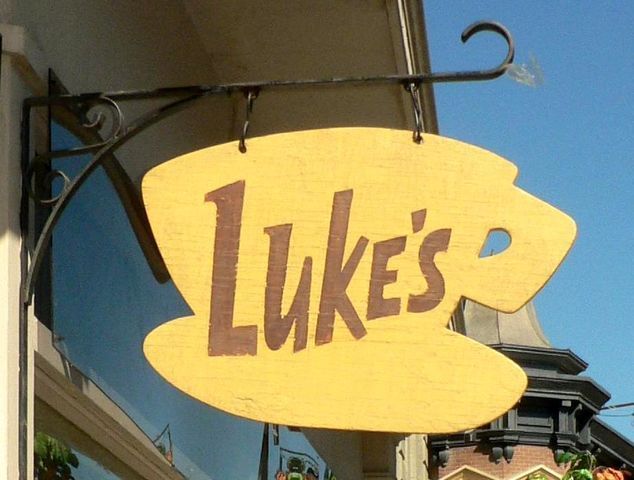 A friendly, relaxed diner in Washington Depot where people helped themselves to food and drink behind the counter was supposedly the inspiration for Luke’s Diner, and gave Amy Sherman-Palladino the idea for a show set in a charming, quirky small town. (This diner is no longer in existence, and I cannot identify it). Oddly enough, in the show Luke is not friendly or laid-back, and greatly dislikes people helping themselves to food behind the counter.

For the filming of the pilot in Unionville, Luke’s Diner was temporarily built inside a hardware store. This explains the backstory whereby Luke opened his diner in his dad’s old hardware store, William’s Hardware – William Danes being Luke’s deceased father.

One thought on “Luke’s Diner”