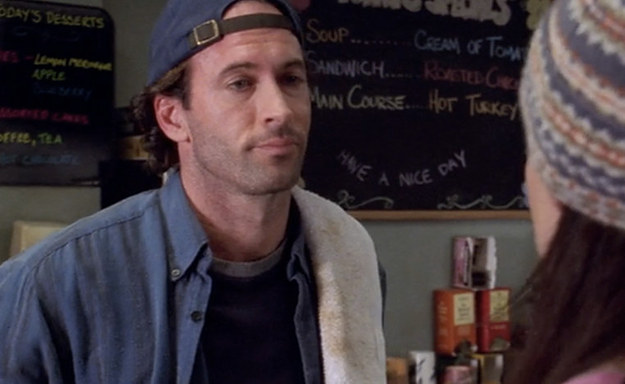 The owner of the town’s diner was originally meant to be a woman named Daisy, but the network thought the show needed another male character; there was supposedly a direct gender swap with the same dialogue being used.

In the original pilot, the male owner of the diner was named Duke – as a replacement for Daisy, you can see a Dukes of Hazzard reference. Luke was only meant to be a minor character, but after seeing his chemistry with Lorelai he was promoted to main character.

Luke always wears a baseball cap as reference to Scott Patterson’s former career in baseball. Before he was an actor, Patterson was a professional pitcher in the minor leagues from 1980-86.