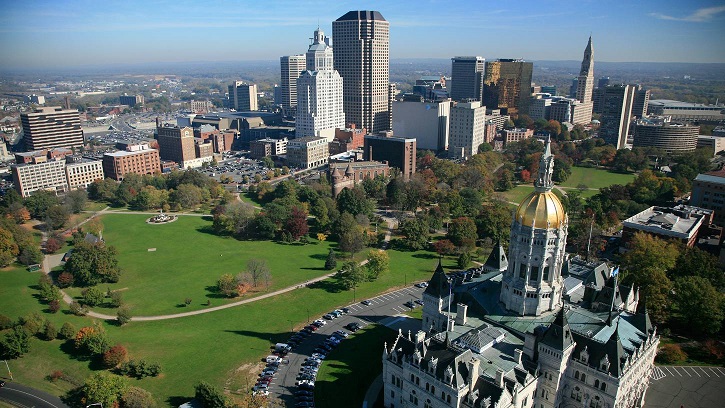 JOEY: Yeah, I’ve never been here before. Just, uh, passing through on my way to Hartford.

Hartford is the capital of Connecticut, with a population of around 125 000, making it the third largest city in the state. Founded in 1635, it is one of the oldest cities in the United States, and for many years in its history was one of the wealthiest. These days it is actually one of America’s poorest cities, so its glory days are behind it.

In the show, Hartford was the home of Richard and Emily Gilmore, and the birthplace of both Lorelai and Rory Gilmore. Lorelai attended college part-time in Hartford, while Rory went to private school there. It is one of the most important locations in Gilmore Girls outside Stars Hollow.