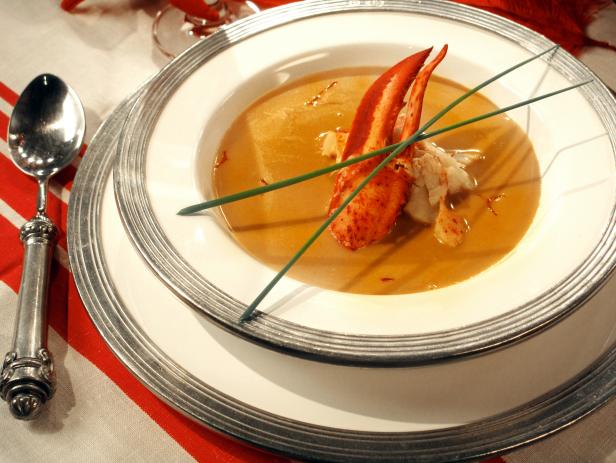 The restaurant at the Independence receives a rave review from food critic Lucent Mills – his name suggesting that he both shines a light on a situation, and relentlessly grinds out the facts. I’m not sure why he is shown naked in the magazine, but for some reason he apparently is (to indicate that he hands out the naked truth?)

Bisque is a smooth, creamy soup of French origin, traditionally using crustaceans. Sookie made hers with lobster.

Risotto is a rice dish from northern Italy, where the rice is cooked to a creamy consistency. It is traditionally coloured and flavoured with saffron, and often includes butter, wine, onion, and Parmesan cheese.

Handkerchief pasta is also known as silk handkerchief pasta, and in Italian called fazzoletti (“little handkerchiefs”). They are pasta noodles made into paper-thin square or rectangular shapes, often served with a very simple sauce, such as Sookie’s sage and butter one.