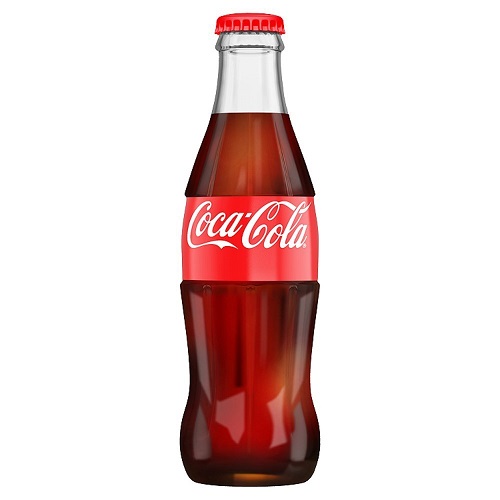 Coca-Cola, a fizzy soft drink made by the Coca-Cola company since 1886. The name comes from two original ingredients: kola nuts (for caffeine), and coca leaves (for cocaine). The current formula is a trade secret, but the coca leaves now have most of the cocaine removed from them, and there wasn’t really much to start with. But don’t worry, there’s still plenty of caffeine.

Coke was the go-to soda on Gilmore Girls, and apparently Alex Bledel’s coffee cup had Coke in it, since she doesn’t drink coffee. However any time I saw them drink coffee the cups looked empty, so I’m not sure how much actual liquid ever got drunk.