After Rory and Dean accidentally spend the night at Miss Patty’s dance studio together (another mention of the problem of time), all hell breaks loose.

For all that Lorelai and Emily are proud of Rory – so mature, so smart, so cautious – we discover that deep down both of them are terrified that at some point something will switch on inside her and she will become another teenage Lorelai who sleeps with boys and gets pregnant. It takes very little to bring all those fears to the surface, showing that they really don’t trust her at all.

Lorelai, who always touts herself as the cool mom who treats Rory as her best friend, finds that at crisis point she shrieks at and shames Rory in the same way her mother did to her. And the mother and daughter who “never fight” are now not speaking to one another.

The poem that Dean reads part of from the book is called Coda. It was published in Dorothy Parker’s book Sunset Gun: Poems in 1928.

DEAN: So, uh, what are you reading?
RORY: The Portable Dorothy Parker.

Dorothy Parker (1893-1967) was an American poet, short story writer, newspaper critic, and satirist, famous for her acerbic wit and her membership of the Algonquin Round Table, a group of writers known for their hard-drinking, wisecracking ways.

The Portable Dorothy Parker, a collection of her poems, stories, and journalism pieces, was first published in 1944. It was first revised in 1973, with an introduction by Brendan Gill, a critic for The New Yorker born in Hartford, and educated at Yale. I believe Rory is reading the 1976 Penguin edition.

Rory greatly admires Parker’s wit, and we know Amy Sherman-Palladino does too, because her production company is named Dorothy Parker Drank Here – the logo can be seen at the end of every Gilmore Girls episode.

The fact that Rory takes a book everywhere, even to a dance with her boyfriend, may indicate that although her love of reading is perfectly genuine, she is using books as a coping mechanism in social situations, possibly using them to keep others at a distance. 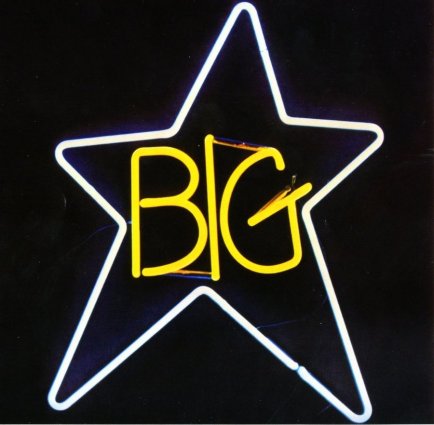 This 1972 pop ballad by American rock band Big Star is the song that plays while Rory and Dean walk through Stars Hollow drinking coffee.

It is from their debut album #1 Record, and although never released as a single, is recognised as one of the greatest songs of all time. Thirteen is about adolescent love, and even mentions getting tickets for a school dance, just as Rory and Dean did.

The lead singer of Big Star was Alex Chilton (1950-2010), who was a cult rock hero in the 1980s and 1990s, due to Big Star being named as a major influence by bands such as R.E.M. and The Replacements, and championed by Rolling Stone. Is is possible that Rory’s school was at least partly named in his honour?

TRISTAN: No, I think you two make a very cute couple. Is your horse and buggy parked outside? Got to get home for the barn raising?

Yet another reference to the Amish, who drive horse and buggies as their traditional form of transport.

A barn raising is a community activity whereby all the members get together to build (“raise”) a barn for one person or one family. Generally the men do the physical labour, while women provide food and drink; it’s a major social occasion. Barn raising was common in North America in the 18th and 19th centuries, while the Amish and Mennonite communities continue the practice today.

Tristan is implying that life in Stars Hollow must be both agrarian and hopelessly antiquated.

DEAN: Get out of my way Dristan.
TRISTAN: Oh, aren’t you clever.

Dristan is a brand of cold and allergy over the counter medications made by Pfizer intended to unblock a stuffy nose.

You see what Dean did there, besides invent his and Tristan’s couple name?

This 1994 song by Scottish alternative rock band The Jesus & Mary Chain plays while Paris confronts Rory about the Jacob situation, lasting through Tristan’s fight with Dean.

The song is from the band’s album Stoned & Dethroned, and it is a duet between lead singer Jim Reid, and Hope Sandoval, who is the lead singer of American band Mazzy Star, which also featured in this episode. Sometimes Always peaked at #22 in the UK, but didn’t chart in the US. 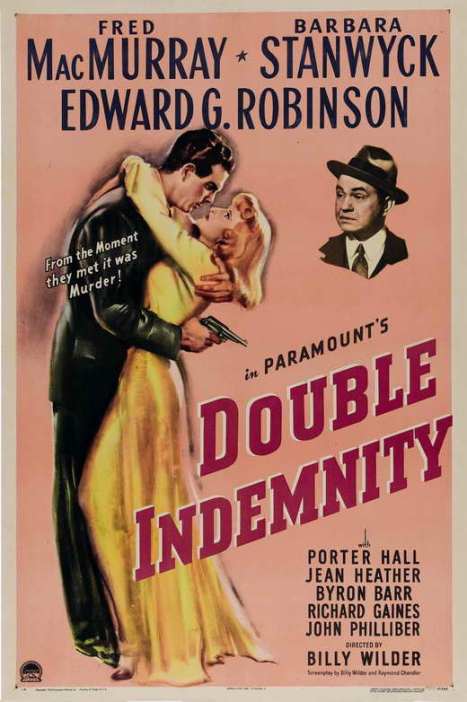 This is the movie that Lorelai and Emily watch on TV while Rory is at the dance. Double Indemnity is a 1944 film noir, directed by Billy Wilder, and based on James M. Cain’s 1943 novella of the same name; Raymond Chandler co-wrote the screenplay with Wilder. The original novella was partly based on a true story – a 1927 high-profile murder by a married woman and her lover, in which the criminals were soon arrested and convicted.

The film stars Fred MacMurray as an insurance agent, and Barbara Stanwyck as a flirtatious housewife who wants her husband dead so she can collect the insurance money. Unable to resist her charms, the insurance agent uses his knowledge to make her husband’s murder look like an accident, triggering the “double indemnity” clause so that she will receive double the amount.

Double Indemnity was an immediate hit on release, and had good reviews from critics. Its reputation has grown over the years, and it is now considered one of the greatest in the film noir genre, and is sometimes cited as the first film noir ever made.

Emily mentions that she loves Barbara Stanwyck’s husky voice, and Lorelai says Emily’s voice is somewhat like Stanwyck’s. Lorelai teases that Emily could have gotten Fred MacMurray to kill Richard if she’d really wanted to.

Although Emily usually gets annoyed with Lorelai’s constant jokes, for once she is able to accept the teasing with little complaint – perhaps because it is complimentary for a change. 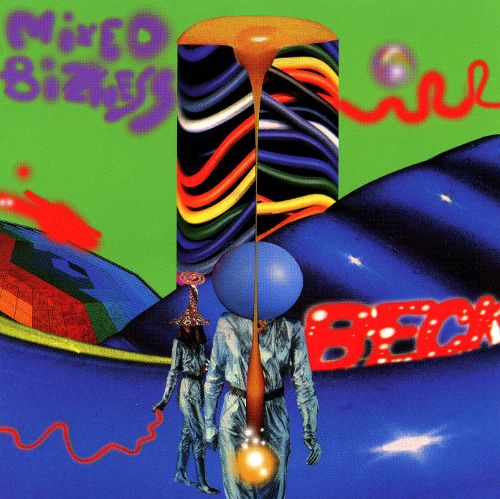 This 2000 funk rock song by American singer Beck is the song that plays when Paris’ escort/cousin Jacob hits on Rory and tries to get her number.

The song is from Beck’s 1999 album Midnite Vultures. It went to #36 on the alternative music charts in the US, but was more successful in the UK, peaking at #34. 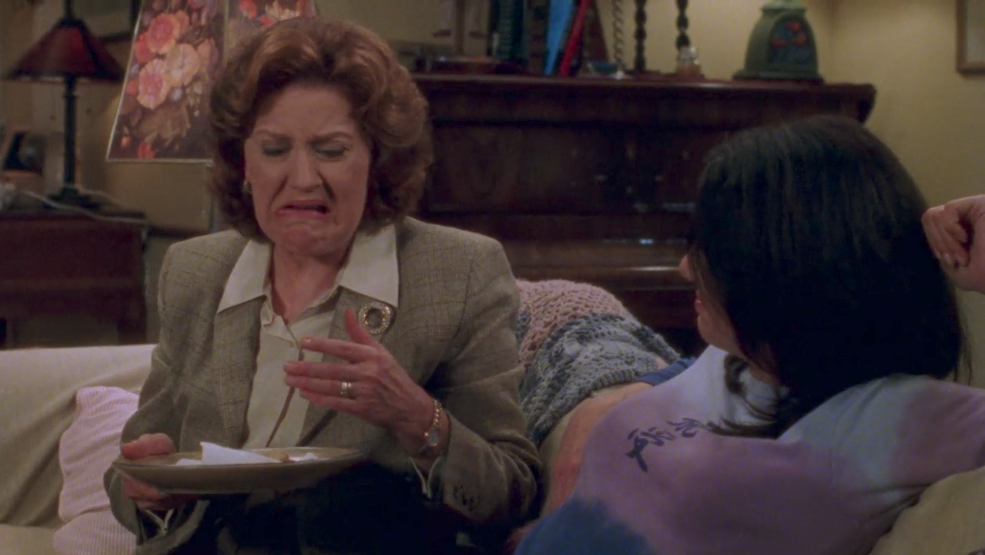 Despite Emily’s prickly demeanour, you can see that she just loves this opportunity to nurse Lorelai and mother her – the months that Lorelai was healing from a broken leg and never even told her obviously bothered her a lot. She makes Lorelai tea and heats up her burrito for her, even making the mashed banana on toast that Lorelai apparently liked when she was little, even though they both decide that it actually tastes horrible.

And despite Lorelai’s grouchiness, there is a part of her that enjoys being mothered by Emily too, as her “Thank you, Mommy” comment shows. Mind you, she’s pretty out of it on prescription medication by that stage.