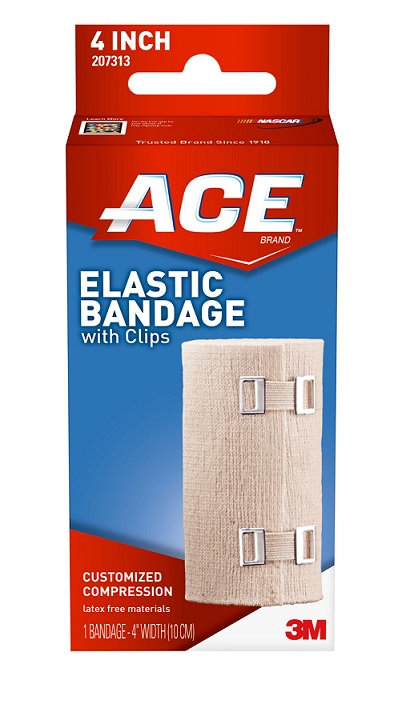 As she was first characterised as highly accident-prone, it makes sense that Sookie is always equipped with some basic first aid equipment, which she offers to Lorelai when she hurts her back while making Rory’s dress.

Ace bandage: Ace is a popular American brand of elastic bandages, first produced in 1918 – the name stands for All Cotton Elastic. The brand was bought by 3M in 2009.

Percodan: The brand name of a strong painkiller which combines aspirin and the semi-synethetic opioid oxycodone, manufactured by Endo Pharmaceuticals. It’s only available on prescription, and is now considered a fairly old-fashioned medication, with use declining.

Vicodin: The brand name of a strong painkiller which combines paracetamol with the semi-synethetic opioid hyrocodone. It’s only available on prescription, and can be addictive; it is sometimes (illegally) used for recreational use.

Darvocet: The brand name of an opioid painkiller manufactured by Eli Lilly and Company. It was taken off the market in 2010 due to concerns about fatal overdoses.

Muscle relaxant: A drug used to treat muscular pain and spasms, nearly always with sedative effects. They can be addictive, and are only meant to be prescribed for short-term use. Sookie’s reluctance to use “the very mild” drug’s name suggests that it may be Diazepam, previously known as Valium.

You can’t help wondering if Sookie’s clumsiness might have been increased by a dependence on prescription painkillers.