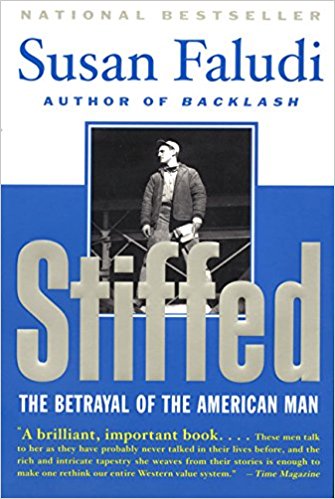 TRISTAN: The guy’s supposed to buy the tickets.
RORY: Really. Does Susan Faludi know about this?

Susan Faludi (born 1959) is an American feminist, Pulitzer prize-winning journalist, and author. Rory may be interested in her work partly because she is a Harvard graduate who became a journalist. During the 1980s she wrote for The New York Times and Wall Street Journal, among others, often writing articles on feminism.

Her book Backlash: The Undeclared War on American Women was published in 1991, and has become a classic feminist text. In 1999 she followed it up with Stiffed: The Betrayal of the American Man, which looks at how traditional views of masculinity have led to poorer outcomes for many men.

Rory has probably read both books, but may be thinking of Stiffed when she makes her comment to Tristan, as he is espousing a stereotyped view of male gender roles.