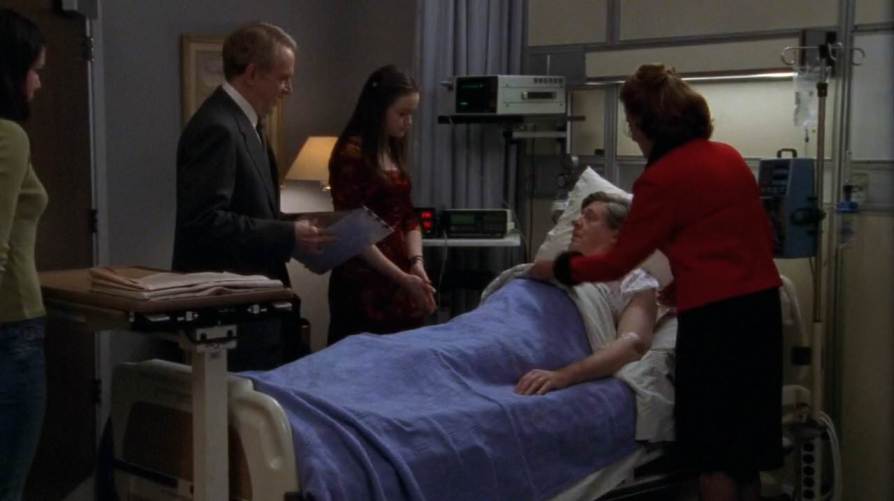 JOSHUA: Well Richard, it looks like we’re gonna be stuck with you for a while longer. It was just a touch of angina.
EMILY: But you have to watch your diet.
JOSHUA: Yes, that’s going to be very important. No more red meat, heavy desserts and you’re going to have to exercise regularly.

Angina is chest pain or pressure, usually caused by not enough blood flow to the heart muscle. Typically brought on by exertion or stress (such as the trouble Richard was having at work), the pain or discomfort is often accompanied by sweating (which is why he kept turning the heat down). It can be made worse by having a full stomach and by cold temperatures, so a big Christmas dinner helped create the perfect storm for Richard’s angina.

Dr Reynolds’ diet suggestions probably indicate that Richard’s tests showed he has high cholesterol, which is common with angina patients. Gentle exercise is recommended – despite Emily saying “golf doesn’t count”, it would probably be good for him. Almost certainly Dr Reynolds is also going to give him some form of medication.

Due to improvements in modern medicine, the prognosis for angina is quite good, with 92% of patients surviving for five years after diagnosis.

One thought on “Angina”