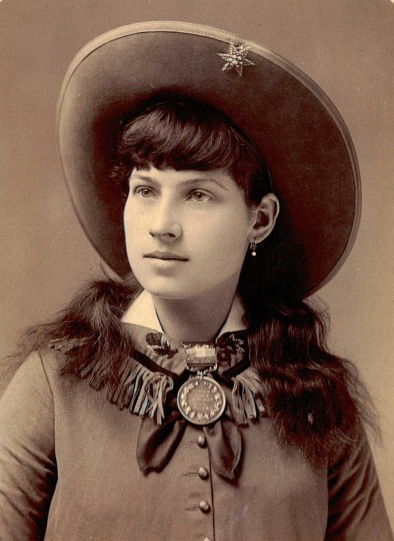 [Lorelai has entered wearing a leopard print cowboy hat]
RORY: What are you wearing?
LORELAI: Hey, we have already argued about the sweatshirt.
RORY: Yes but we have not argued about the hat.
LORELAI: What hat?
RORY: The one on your head, Annie Oakley.

Annie Oakley (1860-1926) was an American sharpshooter and exhibition shooter who won a shooting match while still a teenager. She later joined Buffalo Bill’s Wild West Show, and became an international star who performed before royalty and heads of state. While performing, she generally wore a Western-style outfit, including a cowboy hat.