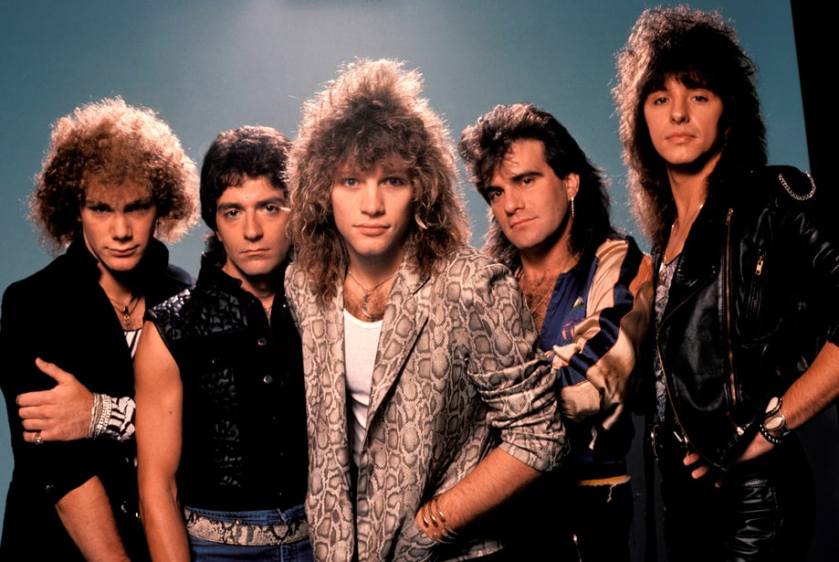 Lane classifies some music as “pretty boy rock” in her CD filing system, including Bon Jovi, Duran Duran, The Wallflowers, and Bush.

Bon Jovi [pictured] is an American rock formed in 1983, with its lead singer and songwriter being John Bon Jovi. Their 1986 album Slippery When Wet gained them international recognition. They will be inducted into the Rock and Roll Hall of Fame in 2018.

Duran Duran are an English rock band, earlier discussed as one of Lorelai’s favourite bands as a teenager. Maybe she contributed to Lane’s music collection, or introduced Lane to their music.

The Wallflowers are an American rock band formed in 1989 by Jakob Dylan and Tobi Miller. Their self-titled debut album came out in 1992, and their most successful album was the 1996 Bringing Down the Horse.

Bush are a British rock band formed in 1992, founded by Gavin Rossdale and Nigel Pulsford. They found immediate success in 1994 with the release of their debut album Sixteen Stone, and went on to become one of the most commercially successful bands of the 1990s. They were always far more popular in the US than in their home country.

The glimpse into Lane’s music collection in this episode is fascinating, and demonstrates the eclectic nature of her musical tastes and interests.