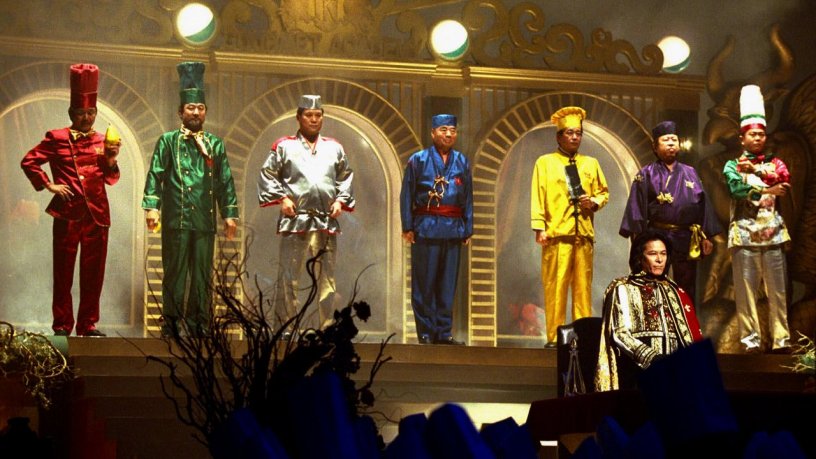 RORY: You can make soup.
LORELAI: No. I wanna really cook like on the Food Channel. I wanna sauté thing and chop things and do the BAM, and I wanna arrange things on a plate so they look like a pretty little hat. I wanna be the Iron Chef!

Iron Chef is a Japanese television cooking show which is a head-to-head contest between one of the show’s cooking masters, the titular Iron Chefs, and a challenger who is a professional chef. The timed cooking battle always requires use of a specific themed ingredient, such as eel, tofu, or asparagus, made into a multi-course meal with several dishes all using the theme ingredients in different ways.

Successful in Japan since 1993, the show became a surprise cult hit in the US after it was shown on the Food Network in 1999 and dubbed in English. American audiences were amused by the (to them) exotic flavour combinations on the show, while the dubbing gave it camp appeal.

This episode provides a rare example of Lorelai actually wanting to cook, apparently inspired by the shows she has been watching on the Food Network, a cable TV station devoted to cooking. It seems that her sudden urge for domesticity is caused by her heartbroken depression – and maybe missing Max’s cooking. Lorelai may be able to do some basic home cooking, as Rory says she can make soup, but I suspect that for the Gilmore girls, “making soup” means opening a tin of condensed soup and mixing in the water or milk before heating it on the stove.