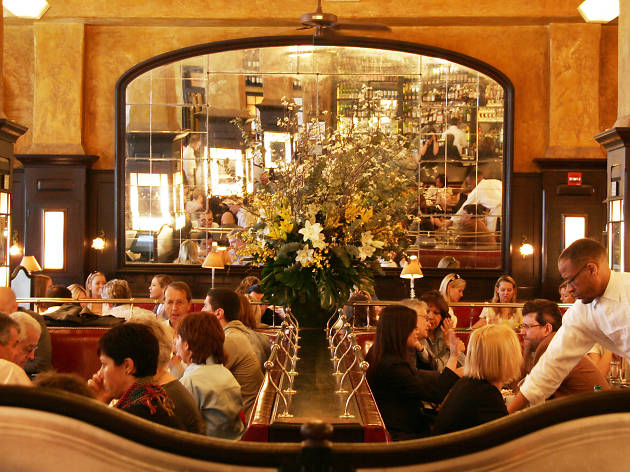 LANE: Then he [Henry] said, “It was fun meeting you the other night.”
RORY: What?
LANE: He didn’t say which night. Like he didn’t remember which night. Like he’s mixing me up with another girl from another night. For all I know, he thought he was calling the hot blonde he met at a hopped up night at Balthazar’s.

Balthazar is a French restaurant in SoHo, Manhattan which opened in 1997 and is owned by Keith McNally. Famed for both its food and atmosphere, it is a favourite place for celebrity-spotting. It is notable that Lane gets the name wrong, not being familiar with trendy New York eateries.

Rory points out the obvious implausibility of Henry, a sixteen-year-old private school student from Hartford, being hopped up (on drugs) at Balthazar and meeting hot blondes, but Lane is not in a logical mood.