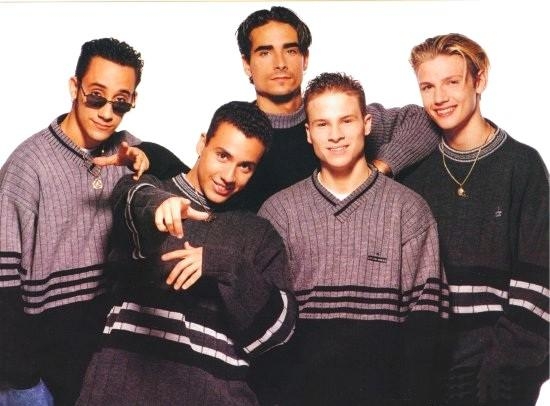 EMILY: What about that other group? The Backside Boys?
RORY: You mean The Backstreet Boys?

The Backstreet Boys are an American boy band formed in 1993, consisting of AJ McLean, Howie D, Nick Carter, Kevin Richardson, and Brian Littrell. They rose to fame in 1996 with their self-titled debut album, while their 1999 album Millennium made them superstars; it was the best-selling album of the year. Their most recent album from Rory’s perspective was Black & Blue, which was released in 2000 and another massive commercial success. The band have gone on hiatus a few times, but are still performing and recording.