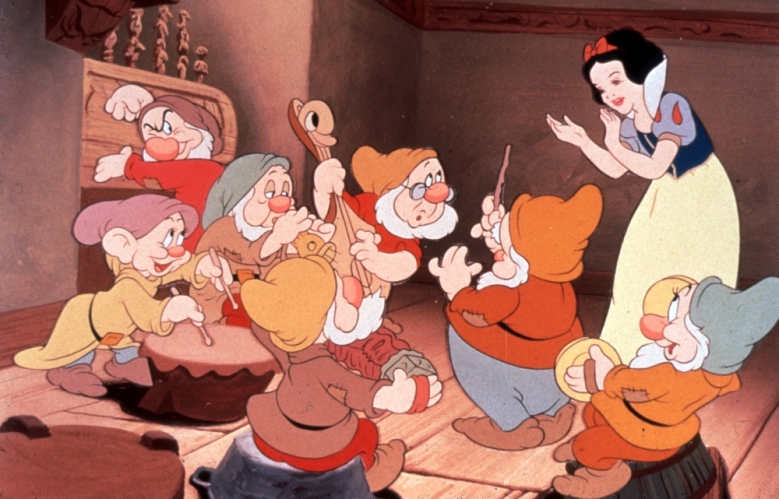 LANE: I love you, but you’ve been Mopey, Dopey, and about twelve other melancholy dwarves for the past five weeks, and I miss the old Rory.

There is a dwarf named Dopey in the film, but the other dwarfs are named Grumpy, Sleepy, Happy, Bashful, Sneezy, and Doc.

Snow White and the Seven Dwarfs was the #1 film of 1937, and audiences loved it so much that many gave the film a standing ovation, while critics hailed it as a piece of art. It received an Honorary Academy Award as a “significant screen innovation”, with Disney receiving one normal-sized Oscar statuette and seven small ones. The film gave Disney the green light to produce further animated features, and inspired MGM to produce its own fantasy movie, The Wizard of Oz.

Snow White was re-released in cinemas in 1993, when Lane and Rory were nine, and came out on video the following year; either year may have been when they first saw it.

It is actually almost six weeks since Rory and Dean broke up, but at five weeks and six days, this is one of the more accurate pieces of timing given in the first season of Gilmore Girls.