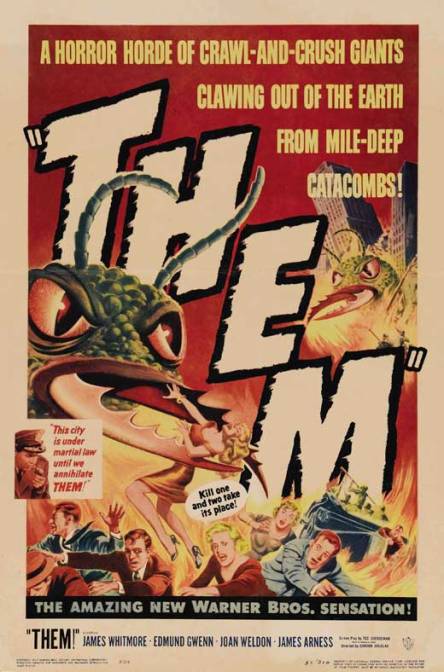 LORELAI: Our lives as we know them will be over.
RORY: Mom, we’re not dying.
LORELAI: No, we’re not dying. But the life we had is gonna morph into this, like, mutation that we could never possibly have conceived.
RORY: Like the giant ants in Them!?

Them!, is a 1954 science-fiction monster movie, directed by Gordon Douglas, and made by Warner Bros. In the film, a nest of giant irradiated ants is discovered in the New Mexico desert, and finally culminates in a battle against the ants in the Los Angeles sewers. It was one of the first “nuclear monster” films of the 1950s.

The film was a commercial success, and well-reviewed. It is now regarded as one of the greatest science-fiction films of the 1950s.