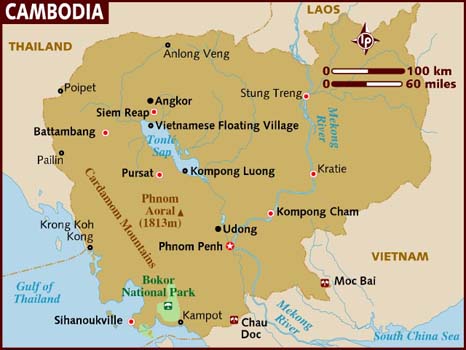 EMILY: Won’t you have dessert?
TRIX: I once travelled to a small village in Cambodia. I did not eat dessert there either.

Cambodia is a country on the Indochina Peninsula in Southeast Asia. It was under the control of France during the 19th century, and became independent in 1953. Cambodian desserts are actually quite famous, but perhaps the small village Trix went to was too poor to have any dessert, or not up to Trix’s standards – as a slam to Emily, most likely the second.

Trix doesn’t like travel, but somehow made it all the way to Cambodia. Possibly her dislike for travel only came on late in life.