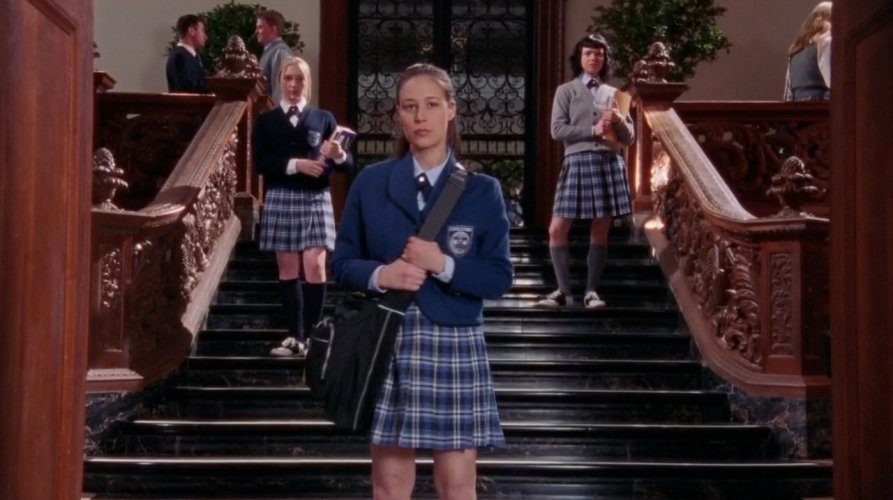 PARIS: Too bad I already filled the spot for music coverage. You know, record reviewing and such. You’d have been perfect for it. I gave the job to Louise.
RORY: Louise owns two CDs.
PARIS: Yeah. Well, gotta go. Have a really good summer.

Paris makes it sound as if it is now the last day of the school year, which I guess it could be if the episode covered more than a month, but that doesn’t explain how Rory is back at school again later in the episode (and doesn’t fit with how this episode is dated in a future season). More likely she means the summer vacation is very soon, or perhaps that regular classes are about to end to make way for the final exams schedule.

As Rory looks back at Paris, Madeline, Louise, who began the school year as her enemies, became her friends, and are now suddenly enemies again at the end of the school year, they stand on the steps in a manner reminiscent of an iconic scene in the film Heathers, previously discussed. It’s a clear sign that they are back to being a gang of “mean girls” again.